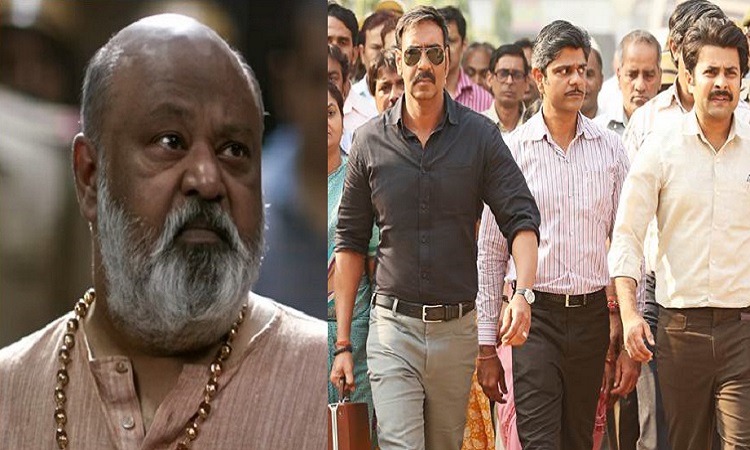 The poster of the movie features Ajay Devgn and Saurabh Shukla in primary yet complementary characters. The revealed poster displays the on-screen family members. Along with, the gorgeous Ileana D’cruz also plays an eminent role in the period drama.

Enjoying the blockbuster success of his earlier movies, Ajay Devgn has pioneered the art of drama and thriller based acting. With his earlier movies like Zameer, Gangaajal, and Singham, this Bollywood superstar is exceptionally hit for his policeman roles.

The first poster displays Ajay Devgn sitting on a pile of seized black money. Saurabh Shukla in the second poster is seen to have played the contrary negative role of a thug with his on-screen family members. The poster reveals the majority of the star cast of the film.

Filmmakers have resolved to cash in the existing chemistry between Ajay Devgn and Ileana D’cruz  by shooting the legendary Singer Nusrat Fateh Ali Khan’s magical romantic number ‘Nit Khair Manga’ on them. Additionally, the director of the movie Raj Kumar Gupta has come up with movies like ‘Aamir’ and ‘No One Killed Jessica’ before. He is very optimistic about the actor’s established image in thrillers and drama based films.

Earlier Ajay Devgn has already surprised the nation’s audience with his sensational acting in the drama/thriller ‘Drishyam’, based on a true incident. This work style of him has made him won a million hearts across the country. Let us hope for a bigger success with the movie slated to release on 16th March 2018.