With the last update featuring ‘routines’, Google is planning to come up with more comprehensive updates on the new feature ‘Assistant’. routine being launched earlier in October last year, Google is ramping up on updates lately. Amazon took the gadget world by surprise by launching Alexa two years ago.

While routine lets you do multiple actions for a single command, making it catch among the gadget lovers. This feat being already available in the market, Google is way ahead to promote its AI solutions by deepening the Assistant updates for its smartphone and wireless users. Based on the earlier experience, it is likely to be integrated based on the specific hardware and software applications of your phone.

Initially launching its feat on Camera, the company hopes ahead to integrate it with other applications in the coming weeks. However, it’s unlikely for any phone manufacturer to come up together with Google to blend this feat in specific phones.

Though Google has jumped on the same page with Sony, LG, and Xiaomi, it is still a lot to cover most of the smartphone companies. 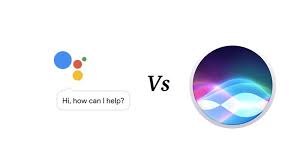 Meanwhile, Google is also working on integrating the proposed updated features on its wireless users. It is obvious to consume little time before Google claims its new features in the market. It hints at the new services being supportive further negating the need of installing any individual application to run the updated services. One of the first partners is Koodo, Telus, Sprint, and Vodafone.

It further takes on the voice recognition feature to a brand new level. It is likely of people just speaking out their minds on Google to find anything and everything. It will surprise us to experience 30 languages of search recognition in the near time.

1 thought on “Google To Come With Assistant Updates For Smartphone & Wireless Users, Still Lacks Behind Alexa”