The Hawaiian-born artist Bruno Mars has been chased on the social media platforms after he was alleged to use appropriating Black culture into his songs. Bruno Mars is on trend for all the unusual reasons.

The controversy broke out on twitter when the star singer made it to the big night at Grammy awards. After sweeping out for three straight categories in the field of record, song, and album it was hard for people to gulp the award winners for the singer.

After the video criticising him for appropriating Black culture in his songs went viral it was necessary for Mars fans to respond. While some others thwarted this view of derogating the singer artist. People spoke up both For and Against the issue taking it on nearly every social media platforms.

While the controversy started after one of the debates from the Grapevine held up in a roundtable attire caught fire on Youtube. He was accused of playing racial ambiguity….to cross genres as per the rap-up.com. 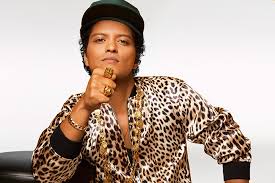 Meanwhile, the original Grapevine video found 27,000 views with one of the clips making its reach to 4,21,000.

Moving ahead the lady spoke up her mind and accused the singer artist of creating pre-existing work without any fine skill of him to enhance the original song. She further spoke of expecting black culture generating from non-black bodies and intrigued upon the singer of coming up with the obvious which is unacceptable.

Among others, some came up for the support of Kendrick Lamar who topped some of the best lists out there along for Kanye West who had a hard time winning the major titles.

Although it is really sad to raise questions on the musical ability of Bruno Mars for his varied cultural heritage of Puerto Rican, Filipino, Jewish, and Spanish.